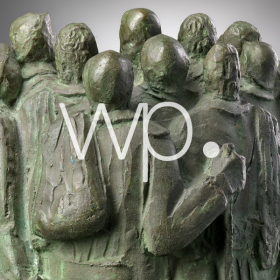 From September 24th to October 2nd at Palazzo Corsini the 32nd BIAF Florence International Antiques Fair will involve many galleries of the international scene. The quality and concreteness of the works of art offered on display, together with the unique location of Palazzo Corsini, overlooking the Arno river and with Florence all around, are what mark it out and make it the second biggest antique art event in the world. 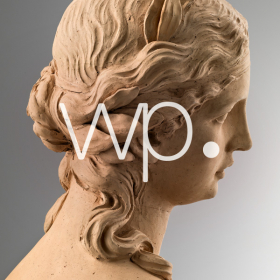 In occasion of the upcoming London Art Week edition, Walter Padovani Gallery, in collaboration with Trinity Fine Art, will showcase three terracottas during the exhibition titled ”Sacred & Profane; Italian Terracotta Sculpture from the 16th to the 18th centuries”.

Feminine Images: from Allegory to Realism

For this upcoming edition of TEFAF, Walter Padovani will present a series of hitherto unpublished paintings and sculptures which represent feminine subjects from allegories, portraits and historical context. 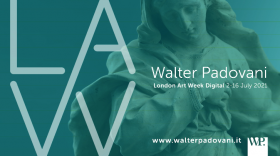 
Walter Padovani will be participating with an online exhibition at London Art Week. Among the works a terracotta by Bernardino Cametti representing The Nativity (1720 ca). The group appears for the first time in the monograph by Fraschetti (1900) on Bernini as a work by the school of the Sculptor, it was later displayed at the exhibition La Passione di Cristo secondo Bernini. Dipinti e sculture del Barocco romano held in Rome (2007). After that, the Nativity was exhibited in the magnificent Orangerie in the Venaria Reale as part of the exhibition Sfida al Barocco, Rome, Turin and Paris 1680-1750 which along with important loans from Italian, European and American museums, explored artistic developments in the post Baroque period.

Across Myths, Allegories and Religious Themes

We are delighted to present a selection of works that touch on a variety of subjects, but which can be defined by the theme of the sacred and the profane.

The allegories of Justice and Peace are represented both by a terracotta bozzetto by Canova’s favourite pupil, Rinaldo Rinaldi (1793-1873) and by two figures in bronze by Francesco Righetti (1748-1819), from models by the Genoese sculptor Francesco Maria Ravaschio (1743-1820). In both these cases the sculptors make use of iconographical attributes to identify their personifications, Rinaldi being the more didactic whilst Ravaschio eschews the usual sword and scales to represent Justice preferring to make use of the Lictors’ fasces. Sculpture, therefore, plays a dominant role in our presentation and this is further illustrated by another piece worthy of mention, the marble Genius of the Hunt by the Milanese sculptor Pompeo Marchesi (1790-1858), probably commissioned by the Russian noblewoman Julija Samojlova who had a grand passion for hunting art.

Nevertheless, we also have guest appearances by some paintings, such as our Jupiter and Semele, work of one of the most famous names in Bologna in the late 18th century, Gaetano Gandolfi (1734 – 1803). This small canvas, with its fluid but compact brushstrokes, captures the culminating moment in the mythological tale, when Jupiter, astride an eagle, appears before his lover Semele wielding in his hand the thunderbolt which will kill her.

We move away from mythological works with an early 17th century Italo-Flemish Cristo Vivo bronze, with gilt bronze crown of thorns and perizoma, probably intended for private devotion. The fineness of its chiselling and the richness of its colour would be worthy of the most sumptuous of goldsmiths’ production, whilst its expressive strength and pathos invite meditation and prayer. The marble figure of a Bishop Saint Triumphing over the Devil, by Antonio Raggi (1624-1686), has a provenance which includes the highly acclaimed art historian and collector Maurizio Fagiolo d’Arco (Rome 1939-2002). One of the chief experts of the Baroque period and the author of important texts on Giovan Lorenzo Bernini, Fagiolo d’Arco was a notable early 20th century historian and connoisseur of Italian figurative arts who, in 1999, gifted his collection of Baroque art to the Museum of Palazzo Chigi in Ariccia. However, the present sculpture was not part of this donation, but remained instead in his study.